James Bridle is an artist, writer, and publisher based in London, UK. His writing on literature, culture and networks has appeared in magazines and newspapers including Wired, Domus, Cabinet, the Atlantic, the New Statesman, the Guardian, the Observer and many others, in print and online. His artworks have been commissioned and exhibited worldwide and on the internet. He lectures regularly at universities, conferences and other events. His formulation of the New Aesthetic research project has spurred debate and creative work across multiple disciplines. His work can be found at http://booktwo.org.

Matilde Cassani (1980) studied Architecture at Politecnico Di Milano and at Univesitade Tecnica de Lisboa, then Architecture and Urban culture (»Metropolis«) at the CCCB (Centro de Cultura Contemporània de Barcelona) and UPC (Universidade Politecnica de Catalunya) in Barcelona/Spain (postgraduate degree). She holds a PhDin Spatial Planning and Urban Development. After her graduation Cassani worked as a consultant for the Deutsche Gesellschaft für Technische Zusammenarbeit (GTZ) (German association for technical cooperation) in Sri Lanka, where she started developing a research project on the post tsunami reconstruction. She currently teaches at Politecnico di Milano and at Domus Academy and works on a research project on “Holy Urbanism”. Her practice reflects the spatial implications of cultural diversity.

Eriksen Skajaa Architects, founded by Arild Eriksen and Joakim Skajaa in 2010, is an architecture firm based in Oslo. In addition to architectural projects ranging from interiors to urban planning, the office has worked on a series of projects where public participation and social responsibility is a key element. It believes that architecture is a social act and consider the ability to create places to meet others as a most important skill. The office also runs the publishing company Pollen Forlag. Publications include the interview-based magazine Pollen as well as the cartoon on co-housing Tett, ikke trangt.


Husos is a platform for the development of both spatial interventions and research projects in architecture and urbanism. Husos’ working themes include the study of everyday life, the development of micro-community actions and their expansive power, the impact of social imaginaries and affections on the urban environment and alternative models to question anthropocentrism. Based in Madrid, Husos operates regularly between Spain and Colombia. Their work has been featured in the Biennale di Venezia, The Architecture Biennale of Rotterdam, the Fundación Tápies, and is part of the permanent collection of the FRAC Centre in France and the Historish Museum of Rotterdam.


Living Architectures. Artists, filmmakers, producers and publishers, Ila Bêka and Louise Lemoine have been working together for the past 10 years mainly focusing their research on experimenting new narrative and cinematographic forms in relation to contemporary architecture. Since 2007 they have been developing a film series entitled “Living Architectures”, awarded Best Architecture Film at Archfilm Lund 2013. “Koolhaas Houselife” (58 min, 2008), internationally acclaimed as the “architecture cult movie” (El Pais), is probably the most famous film of their series featuring Guadalupe, the irresistible housekeeper of Rem Koolhaas’ House in Bordeaux. Their films have been widely shown in some of the most prestigious international cultural institutions such as MoMA (New York), Centre Pompidou (Paris), Palais de Tokyo (Paris), Cité de l’Architecture et du Patrimoine (Paris), Barbican Center (London), Triennale (Milan, Italy), CCA (Montréal, Québec), NAi (Rotterdam, NL), Venice International architecture biennale (2008, 2010, 2014) among others. Presented by The New York Times as “cult figures in the European architecture world”, they have been elected “Game Changer 2015” by Metropolis Magazine.

Jill Magid reports on Self Storage Facilities in New York


Jill Magid, 1973, is a New York-based artist and writer. She has had solo exhibitions at the Museo de Arte Zapopan, Guadalajara; South London Gallery, London; Berkeley Museum of Art, California; Tate Modern, London; Whitney Museum of American Art, New York; Stedelijk Museum Bureau Amsterdam; Yvon Lambert, Paris and New York; Gagosian Gallery, New York and the Security and Intelligence Agency of the Netherlands. Magid has participated in the Liverpool, Bucharest, Singapore, Incheon, Performa and Gothenburg Biennials, and has performed at the Museum of Modern Art, New York; New Museum, New York and South London Gallery, London. Magid is the author of four novellas. She is represented by Until Then, Paris; Labor, Mexico City and RaebervonStenglin, Zurich.


Emeka Ogboh works primarily with sound and video to explore ways of understanding cities as cosmopolitan spaces with their unique characters. His work contemplates broad notions of listening and hearing as its main focus, and his sound recordings also consider the history and aural infrastructure of cities, with Lagos of Nigeria in particular. These Lagos recordings have produced a corpus of work entitled Lagos Soundscapes, which he has installed in different contexts. Ogboh has exhibited both in Nigeria and in several international venues. They include, The 56 th Venice Biennale; The Centre for Contemporary Art, Lagos; Dak’Art Biennale, Dakar; The Louisiana Museum of Modern Art, Denmark; Seattle Art Museum, Seattle; Museum of Contemporary Arts Kiasma, Helsinki and Rauternstrauch-Joset-Museum, Cologne. Ogboh is a DAAD (Deutscher Akademischer Austauschdienst) 2014 grant recipient, and the co-founder of the Video Art Network Lagos.

Ahmet Ögüt is a sociocultural initiator, artist, and lecturer. Working across a variety of media, Ögüt's most recent institutional solo exhibitions include Forward!, Van Abbemuseum, Eindhoven and Happy Together: Collaborators Collaborating, Chisenhale Gallery, London. Ögüt was awarded the Visible Award for the Silent University and the special prize of the Future Generation Art Prize, Pinchuk Art Centre, Ukraine among others. He co-represented Turkey at the 53rd Venice Biennale together with Banu Cennetoglu (2009).

Emily Fahlén works as a mediator at Tensta konsthall in Stockholm. With collaboration as a core value and method, she manages both local and international art projects, working in the borderland between the organizational, curatorial and pedagogical. She is also the coordinator for The Silent University Stockholm; an autonomous knowledge platform by refugees, asylum seekers and migrants.

The State is a publishing and editorial platform based out of Dubai, interested in post-colonial vernaculars, South-South relations, alternative futurisms, Dubai, and the future weird. Its online iteration includes essays, music and more. Its publishing arm produces themed print volumes or book objects.

Rahel Aima is a writer based in Dubai, editor-in-chief at The State and a contributing editor at The New Inquiry. Her research interests include Internet aesthetics, non-Western futurisms, and the #gcccccc. @cnqmdi


Ahmad Makia is writer, researcher and editor-in-chief at The State. He is currently living in Dubai, and can be found at Tumblr. @_makia


Deepak Unnikrishnan is a writer from Abu Dhabi. Winner of the 2014 Gwendolyn Brooks Open Mic Award, his work was included in WigLeaf's 2015 Top 50 (very) Short Fictions, edited by Roxane Gay. He is an editor at The State. 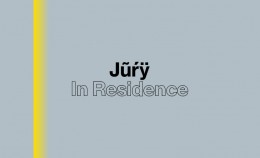 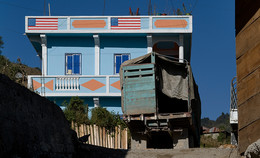